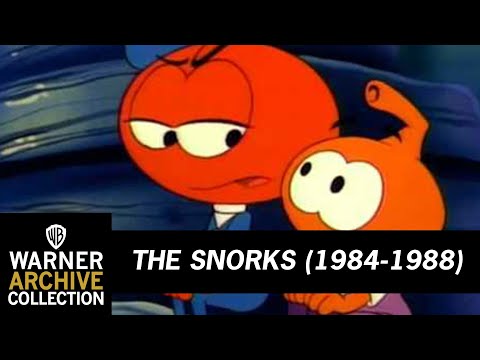 The Snorks – The Complete First Season:

“I first discovered Captain Ortega’s logbook in a monastery that overlooks the sea. On the morning of February 13, 1634, Captain Ortega anchored his ship behind a barrier reef. That night, they were attacked by pirates. The ship, set afire, sank into the lagoon. Ten days later, the captain was found, delirious, still clutching his logbook. He described a world of tiny, underwater creatures no bigger than his thumb. No one believed him, but you know, there’s something about Captain Ortega’s story…that makes me believe it’s true!” It’s true, all right — just ask the Snorks! In their steam-powered city carved out of coral, these multi-colored denizens of the deep have whale-sized hearts and are up for any challenge — or party — the ocean might send their way. So come along with Allstar, Casey, Daffney, Dimmy, Junior and Tooter as they explore life within — and sometimes beyond — the limits!