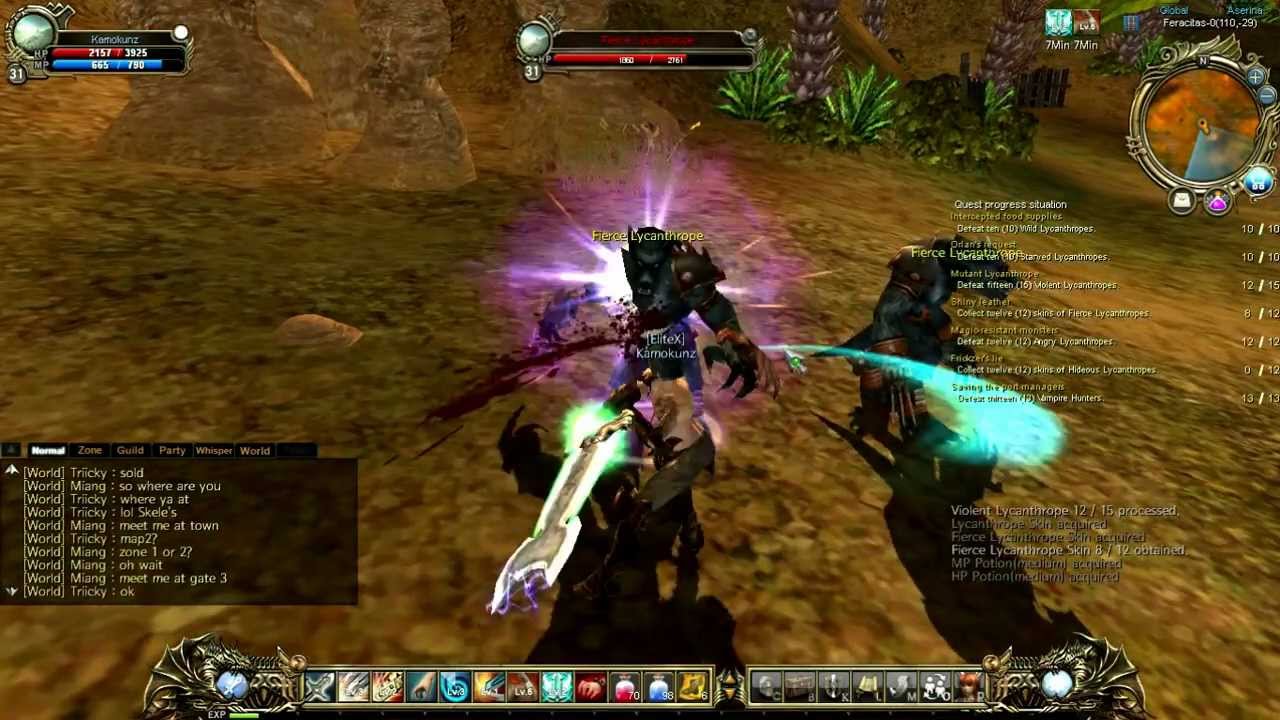 The map is large so it’s very laggy, I did my best.

Kabod Online is a 3D adult themed fantasy MMORPG set in a medieval world where monsters and humans are fighting for control. A group of wizards known as the Celto discovered a hidden gate to a new realm. Six years after the massive migration citizens are still struggling to make the land their home. Players become a pioneer in the exploration of the vast unknown kingdom or a villain terrorizing settlers. Tackle challenging quests. Kill hundreds of monsters from Wild Swamp Gorillas to Vampire Queens and in between. Join a grinding party or go on a violent crime spree in this 18 and up online adventure.

Kabod Online is one of the few MMORPGs that bills it self as a game meant for a mature audience. Like Age of Conan, it has plenty of violence and some nudity. While it may have adult themes, Kabod Online for the most part looks and plays like a traditional Korean fantasy MMORPG. Players chose from four classes and are tasked with killing monsters and completing quests. The game has open PvP which means players after a certain level can be attacked almost anywhere. It is possible to steal items from other players, and to date NPCs in town. Kabod Online is currently in closed beta testing but open to anyone. The game suffers from poor English translations and some features have yet to be implemented.