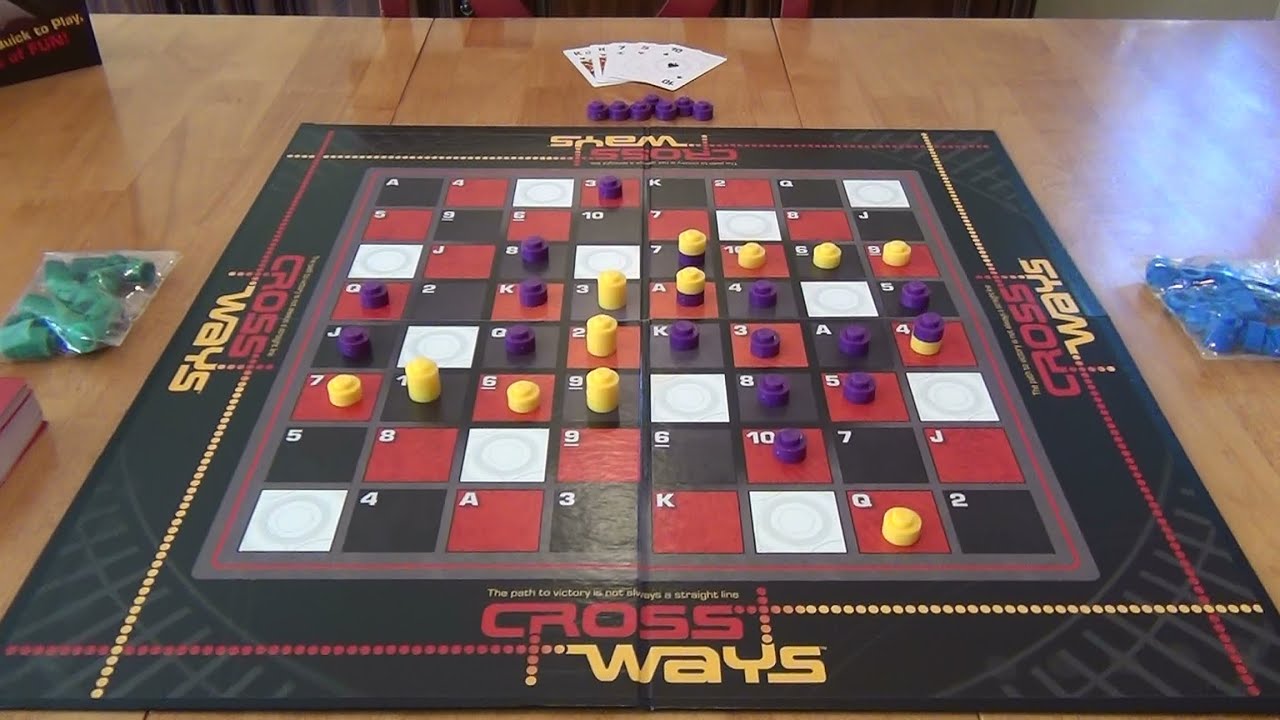 If you like Sequence, you will probably like this game. It is fun, plays fairly quickly so you can play several times rather than one marathon game. It has some strategy (defensive and offensive) so it isn’t just random and can keep you engaged and thinking a little bit. But it isn’t really a strategy game. It has a good amount of luck. So it never feels like the same person always wins and isn’t very serious. Game length are fairly short, so you can easily play several rounds, so it seems like everyone has a chance. If one person draws a bunch of pairs, it can be over pretty quickly. Other times by luck and defensive strategies it can take a little longer.

The instructions are very nice, large, colorful with good examples, so it is much easier to read than the usual back of the cardboard box. It actually suggests a number of optional rules, but you can easily come up with more on your own too. So the game is very flexible. For example, you can decide that only the top color on a stack counts, so you can block more often and make games run longer. I think it is nice that there is more ways you can play it so you can change it up if it gets stale.

You basically draw 5 cards, and make one play per turn. Playing a single card can place a piece on one of two spaces for that card value and color. Pair, triples, or more of the same value will let you play 2,3, or more pieces on any space. Runs (sequences of 2 or more in same suit) can remove the number of pieces as cards played. You just need to build a snake across the board in either direction using horizontal and vertical connections (diagonal doesn’t count). You can play on top of others, but level doesn’t matter (at least not by standard rules).