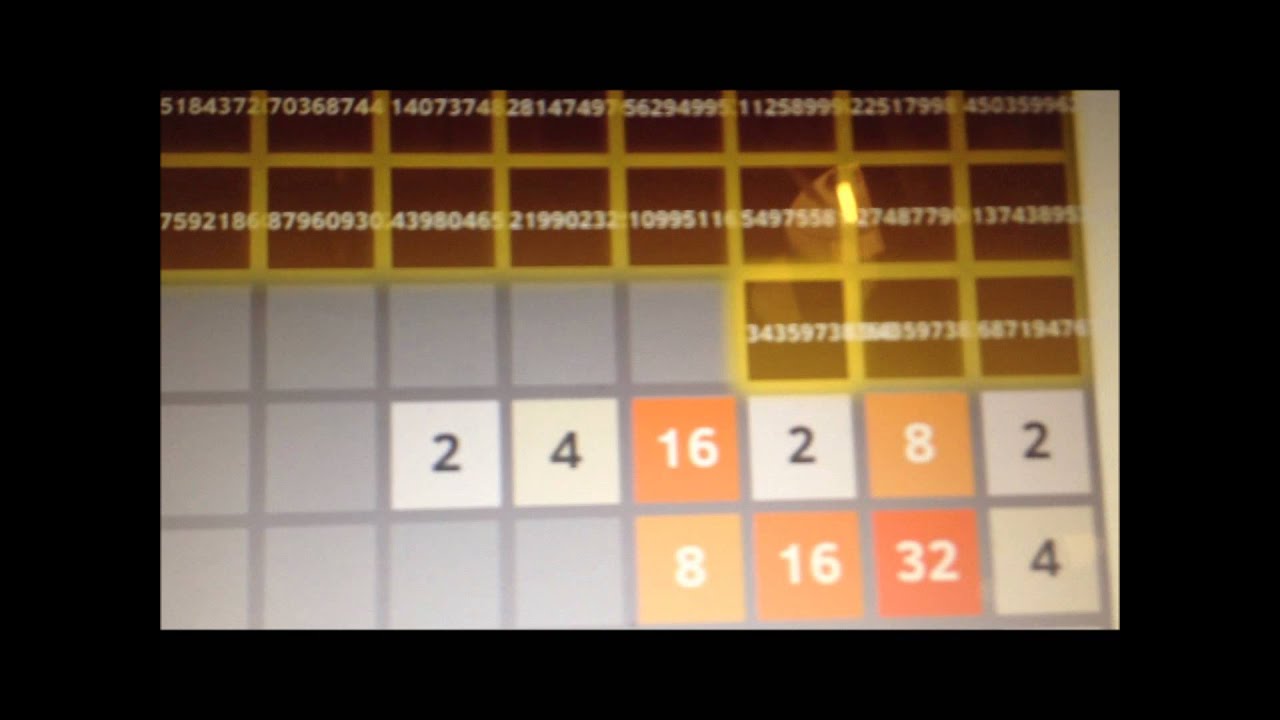 This involved hacks. Ctrl-Shift-J and knowledge of Javascript made it easy to have the game start me with a bunch of well-placed tiles already on the board. That said, if anyone wanted to see this game beaten, this is what it might look like. Sorry that it takes a while for my phone to focus on the computer screen..

Edit November 2017 to address questions of if this is possible without hacks:

A computer processes at a few gigahertz. That means that, even if everything else about this game was perfect and you had master ninja robot hands, you cannot get to 5 billion moves per second.

Making 4 quadrillion moves at the speed of the fastest computer processor takes about 10 days. So, if the game was re-coded to be massively parallel and resolve each input in one process cycle, and you could feed it optimal moves at the same speed, that’s how long it would take.

The highest Actions Per Minute on record from a human is around 1500, so let’s be really generous and say that 4000 APM, sustained throughout the entirety of this game, is possible. That means a person would require a trillion minutes to complete this game, or roughly 2 million years. That’s far beyond a human lifespan, so, no.

A supercomputer could play this game in about 10 days. A person could not complete it in their lifetime.